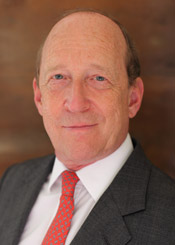 Mark was educated at Harrow and Keble College, Oxford where he read Modern History. He spent 36 years working in finance in London and abroad. The first half of his career was spent in sales and trading at different investment banks. The last 19 years of his career was spent at Man Group Plc, the world's largest listed hedge fund, where he held a range of senior management roles.

Since his retirement in 2013 Mark has devoted his time to his philanthropic interests and to a variety of non-executive roles. He lives in Oxford, is married to Angela and has five children. 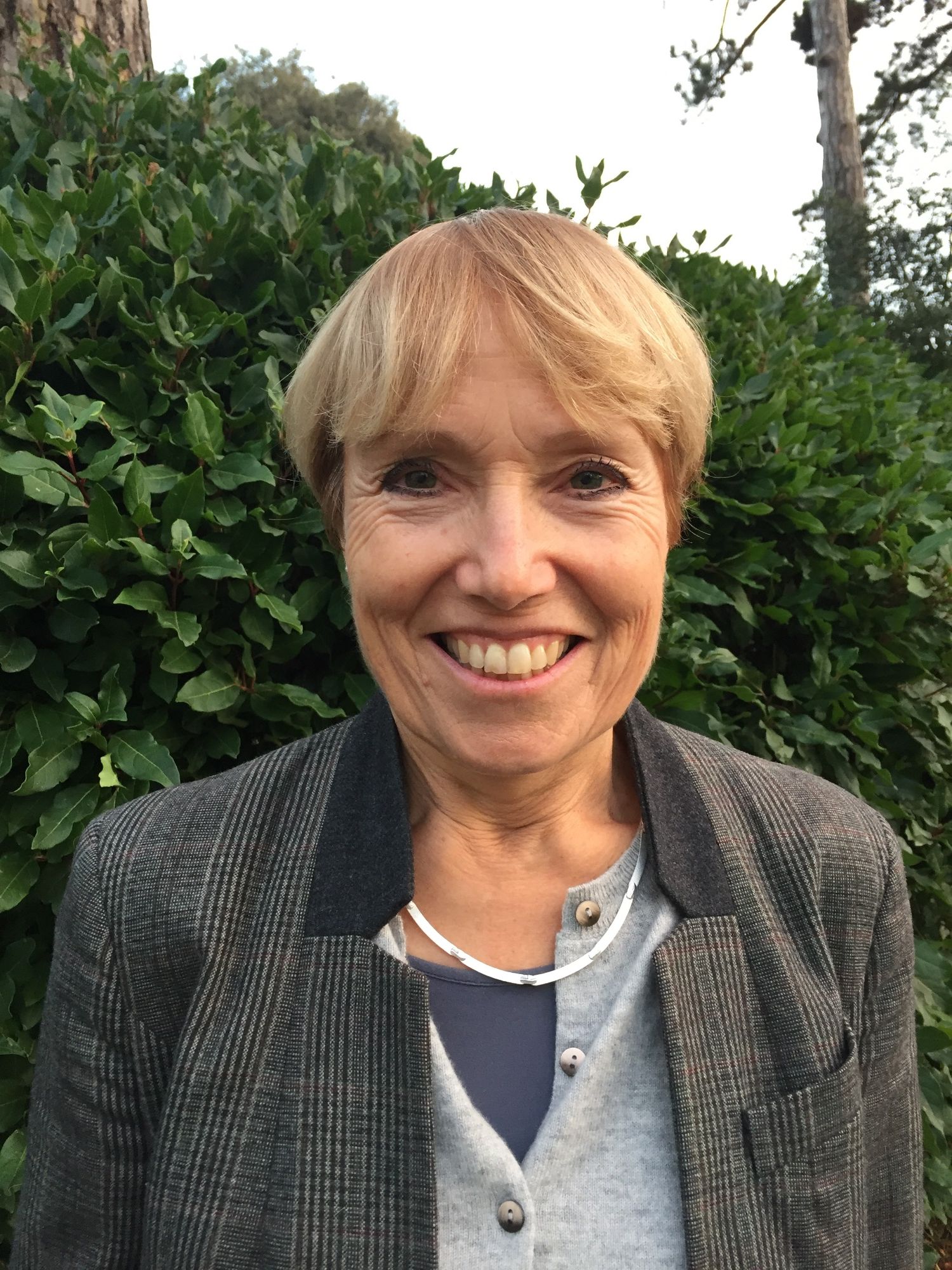 Marion studied French and Music at the University of Birmingham, and began her career as a secondary school French teacher and EFL teacher.  She moved into staff training and development with the British Council, and then, after completing an MBA at Henley Management College, worked for the next 15 years as a freelance management skills training consultant.  Clients included the BBC, Virgin Mobile, American Express, British Airways and Crown Agents.   She then studied for a Masters in Education at Oxford Brookes University, specialising in dyslexia and literacy, and has for the last twelve years been working at the University of Oxford as a specialist study skills tutor for students with specific learning difficulties including dyslexia and dyspraxia.

Marion lives in Oxford, is married to Andrew and has two children, both dyslexic. 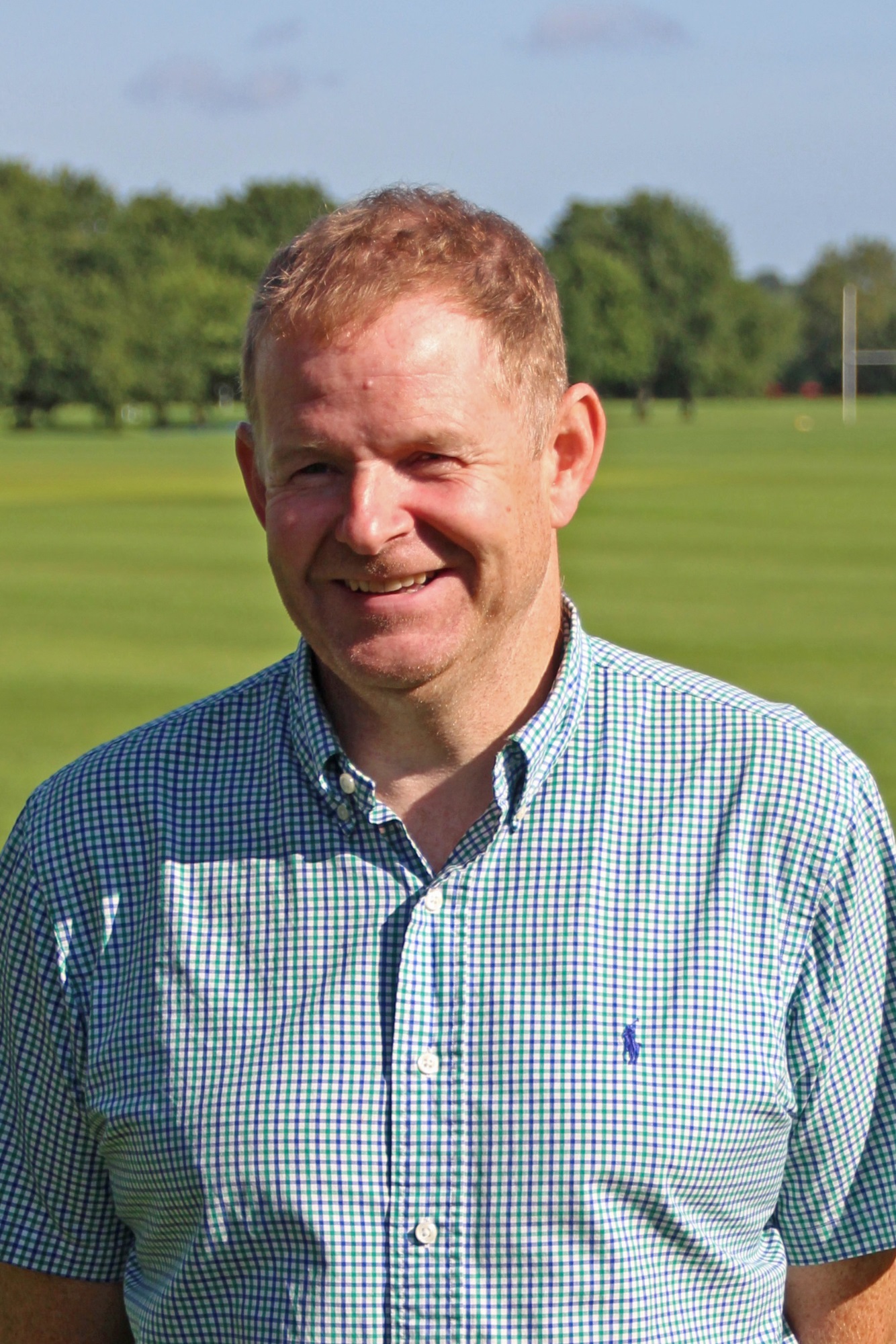 David has been the Estates Bursar of Radley College, a 690 boy boarding school just outside Abingdon since 2008, having been a Chartered Surveyor working primarily in the Oxford area for the previous 15 years. He became a Governor in 2017.

David  is married with 2 Children, a son at Radley College and a daughter at Kingfisher special needs school.

Arj practices as a solicitor in Oxford, where he lives with his young family.  He manages a law firm which provides employment and dispute resolution services.  This work sees Arj using his diverse commercial background to advise individuals and businesses on a wide range of issues and representing in courts and tribunals around the country.

Arj holds a part-time role as an Associate Lecturer with the Open University and is also involved in legal education with other institutions from time to time at both undergraduate and postgraduate level.  He is no stranger to governance, having previously chaired a local primary school governing body and currently sitting as vice-chair on the board of trustees of a local Citizens Advice Bureau.

Julia’s early career was as a Chartered Accountant with Ernst & Young becoming an audit manager with a diverse portfolio of clients.  In 2004, following a career break, she volunteered for Citizens Advice, and gradually became more and more involved with the organisation. Julia has held supervisory and operations management roles across the county, including three years as Deputy Director of Citizens Advice Oxfordshire South & Vale, and is now part of the team at Citizens Advice Oxford. 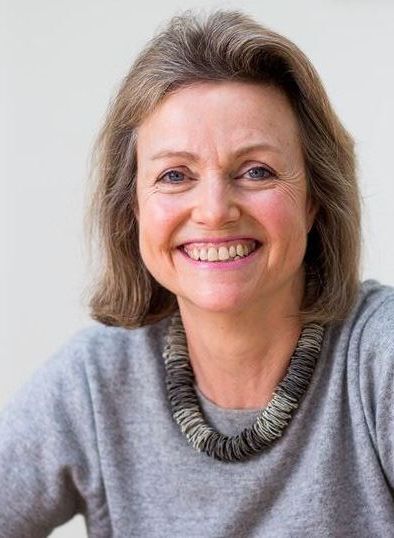 Naomi started her career in the City and moved into Financial public relations, specialising in the financial services sector.  She started working with numerous public companies, on the team advising on M&A and flotations from a PR Perspective. In her late 20s she got her first board appointment with the UK arm of a US advertising agency.  She went on to form her own PR consultancy, called Delaney PR which she successfully ran for 9 years before subsequently selling to Grey (at the time the 5th largest advertising agency world-wide) where she became a Main Board Director of the UK division and Head of Financial Services.

She has advised the boards of numerous companies on their PR, marketing and fundraising from banks and PLCs through to premier football clubs and International charities.

Naomi is married with 2 children and 2 dogs! 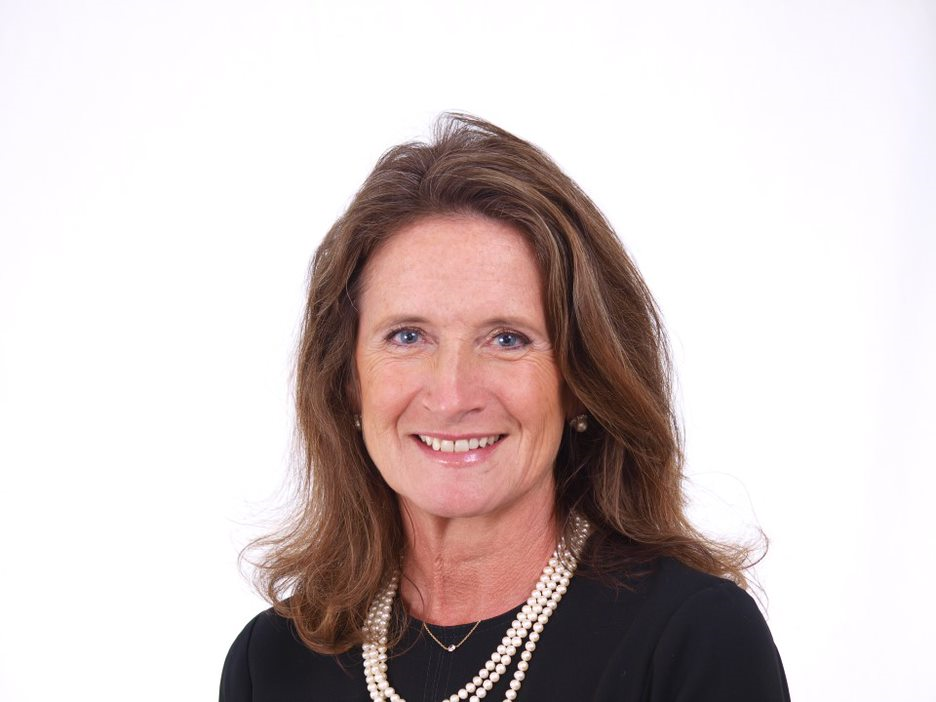 A Classics graduate from Durham University, Sophie’s career started in corporate finance in The City. She went on to be the business correspondent for Sky News and over the next ten years moved into general reporting and then executive production.

After a seven year spell in New York, Sophie returned to the UK and the world of education. She was Registrar and Director of External Relations at Magdalen College School, Oxford for eight years and played a significant role in introducing girls into the Sixth Form. 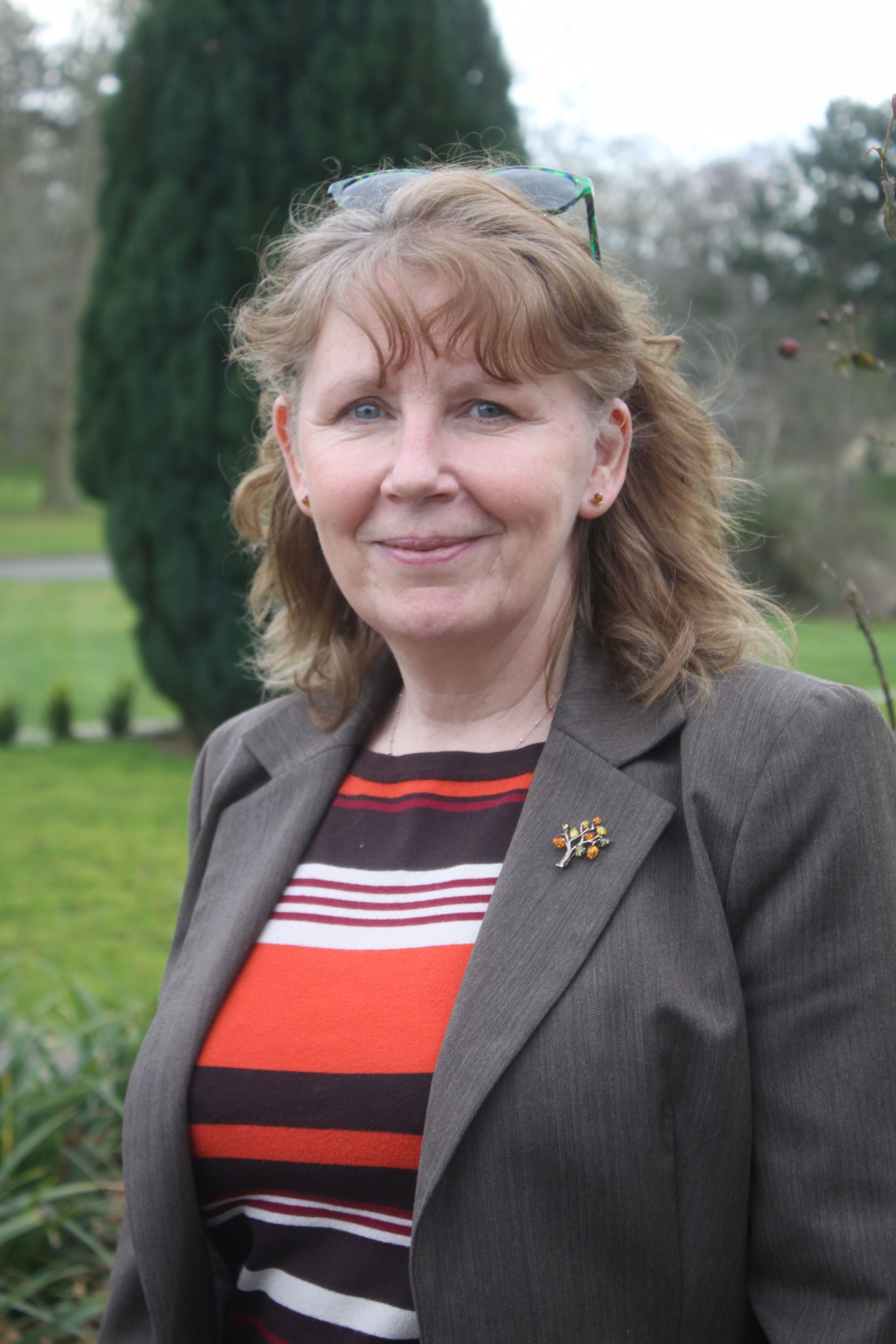 Fiona has worked at Chandlings Prep School for 20 years, initially appointed as Head of Science she has since held a variety of roles within the school and is currently Deputy Head Academic and Deputy Designated Safeguarding Lead.

Her husband Steven also works in education, as do two of her three daughters, ensuring teaching and learning are regular topics of conversation in the Love household.

Working with young people is both rewarding and challenging, a profession like no other. Children have the ability to inspire and surprise, ensuring that no two days in a school are the same. Fiona firmly believes that if we nurture and facilitate then all of our young people have the potential to excel. 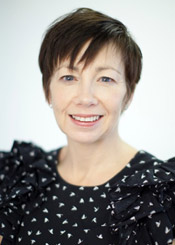 Natalie-Jane Macdonald has been a Governor of the Unicorn School since 2012. She is Chief Executive of Acorn Care and Education, a leading Children’s Services provider, which runs 15 schools across England for children who have special educational needs, and supports 1,800 looked after children in fostering placements.

Acorn’s Longdon Hall school in Staffordshire was named SEN school of the year in July 2014. Natalie-Jane’s previous experience is in healthcare. She qualified as a doctor in Scotland and worked in the NHS for a number of years before moving into healthcare management. She spent a number of years at BUPA in a variety of senior management roles. She is also a non-executive director of the Royal National Orthopaedic Hospital in Stanmore.

Natalie has been awarded an MBE for services to healthcare in the 2021 list of New Year's Honours.  She received the prestigious award in recognition of her successful 30-year career and for effectively leading Sunrise's care homes during the COVID-19 pandemic. She is married with three children. 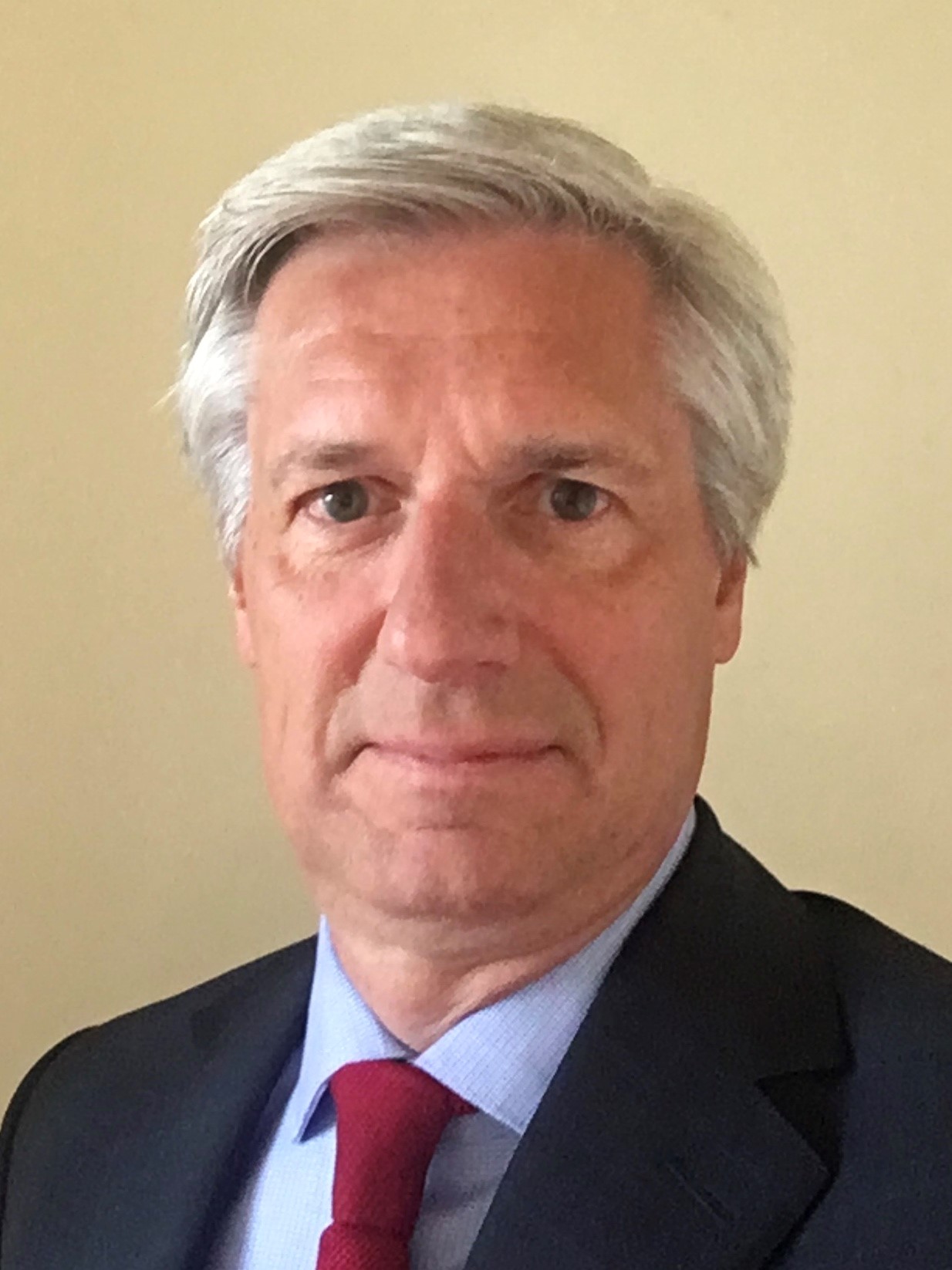 Following an MA in Chemistry at Oxford University, Andrew qualified as a Chartered Accountant in London, before becoming a Director of Management Consulting at PwC, and then taking a series of executive board roles in professional service firms in London and the South East.  Since 2011 he has devoted his time to supporting special needs education.  He was previously Deputy Chair at the Unicorn, and is currently Chair of Governors at Mary Hare, the UK’s leading school for deaf pupils, based in Newbury - one of the country’s largest residential special schools.  He returned to the Unicorn Board in Spring 2022 to further support the development of the Unicorn Trust.  Andrew lives in Oxford and is married with two adult children, one a budding lawyer and the other a Unicorn alumnus, currently studying at Bath University.

David was educated at St David’s College, North Wales and Manchester Metropolitan where he studied an honours degree in Education and an MA focused on Educational Studies from De Montfort University. He has spent 36 years in teaching as a Housemaster, Deputy Head and for the last 14 years as Principal/Headmaster of various schools . David is dyslexic and has a wealth of teaching & leadership experience supporting those ‘who learn differently’ in schools. He has previously worked as Director of Strategic Management at St David’s College and as an Educational Consultant.

David is currently Director of Support & Services at Chatsworth Schools and Headteacher Elect of Riverston School, part of the Chatsworth Group, taking up the post in September 2021.

David is married to Jane, a physiotherapist, and they live in Gloucestershire with their two daughters. Whilst teaching, he spent 4 years as a professional sportsman as an International Rugby player and is an Outdoor Education enthusiast.